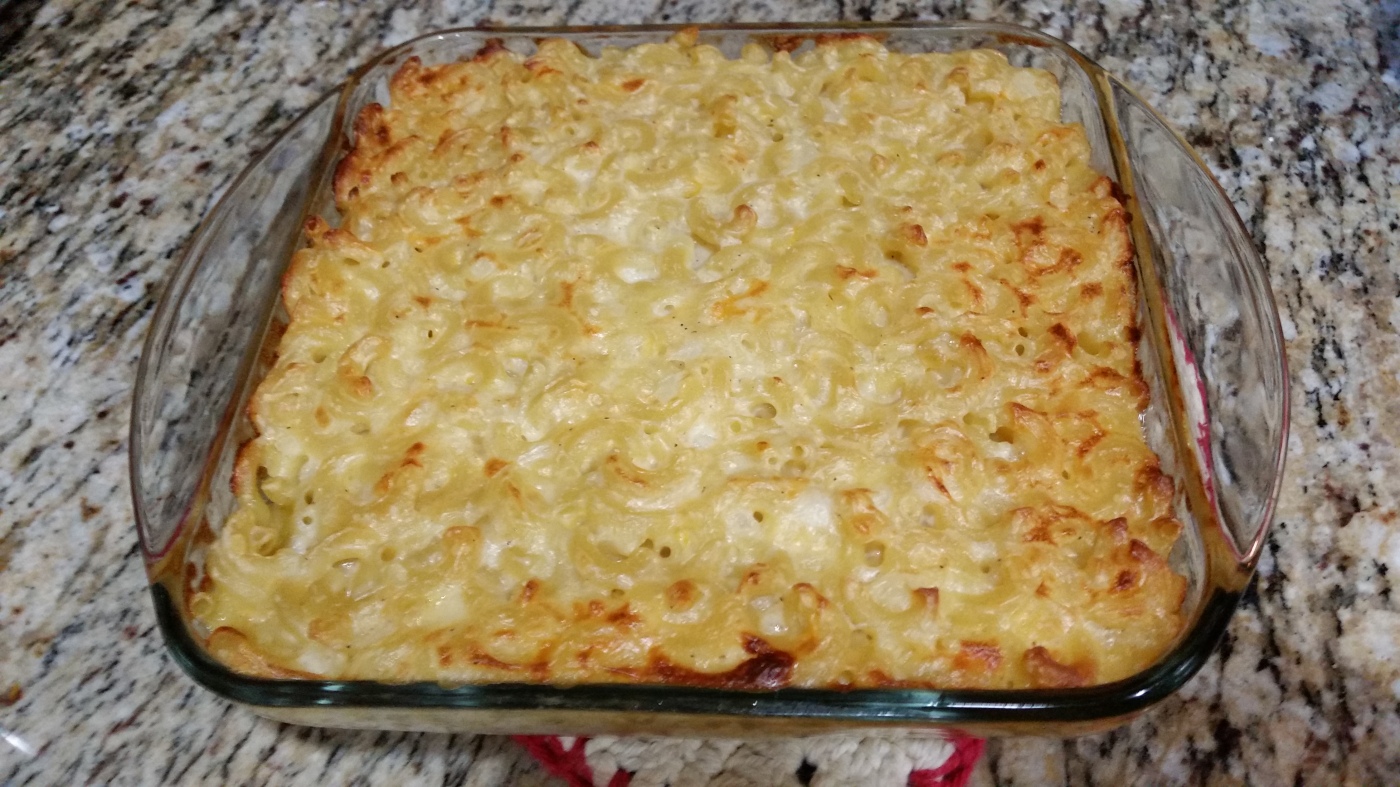 If you don’t believe me, it’s because you don’t know the difference. Your taste buds aren’t mature or knowledgeable. They are stunted and clueless.

Good mac & cheese starts with butter (not as much as Paula Deen) – I use 3-4 tablespoons – and finely minced onions (half of a yellow onion) that are cooked until they are translucent. The aroma will draw everyone in your house to see what you are concocting.

Next you add a volume of cream, milk, or a combination of both to a level that won’t make you feel guilty: half-and-half, heavy cream and some milk, ALL heavy cream, or just some 1% milk and some very fine flour to thicken (I love Wondra). Don’t use cornstarch or you’re in trouble! (Cornstarch is for asian food, Silly.) You want enough of this mixture (roux) to melt all of your cheese and generously coat that whole box of Maccaroni you just boiled until a little more than al dente. I make about 3 cups of the roux, total. Don’t forget to pepper and salt the roux until it is tasty (i.e., you could suck it down all by itself).

So, a wise person would mix everything in a big bowl and then put it in a 9″×9″ casserole dish, or you can attempt to mix it all together right in the casserole dish…eating what you accidentally drop on the counter (no one will know, and someone has to clean up – it’s that good).

Oh, how much cheese should you mix with the piping hot roux and all of that steamy maccaroni? That depends. What kind of cheese do you want? How cheesy do you want it? I put about 2 cups of whatever I have laying about that’s shredded. Sometimes it’s a four cheese Mexican blend, Monterey jack and cheddar, smoked gouda, or a little bit of everything. I mean, it’s maccaroni AND CHEESE…it’s a given. Be creative. Try something new. You could even put chopped bacon in there if you’re feeling rebelious…or trying to cope with something untoward in your life.

Finally, mac & cheese needs to be baked until it’s bubbling up the sides of the dish, crunchy, and slightly browned on top. I love to do this in my toaster/convection oven on fan bake at 375° until it turns itself off (20-30 minutes). Everyone is going to fight for the crunchy corners; it’s a thing, trust me.

You’ll never go back to those commercial boxes you buy in the store. France and Wisconsin will love you for being a good, real cheese consumer. Your dog will like you again, your husband and your kids will have forgotten store bought mac & cheese and will stare at you with a new found awe and attraction. Your roommates will bring friends home and demand, coerce, and beg you to make your mac & cheese. You will be famous at potluck. When you’re under your fuzzy blanket on the couch watching your show, scarfing/snarfing your own mac & cheese…you’ll understand.