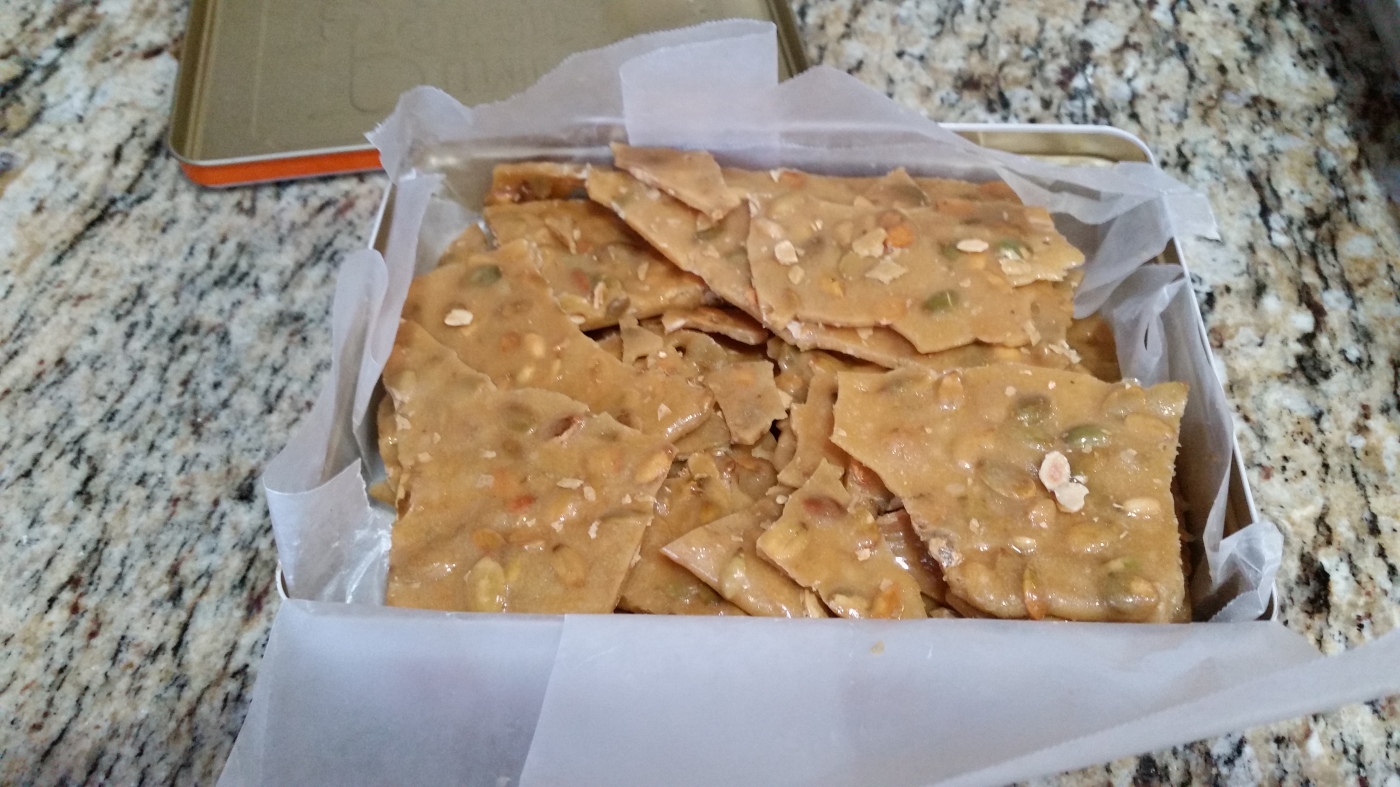 Well, I’ve gone and done it again; I’ve made a new tradition or two.  This year I really wanted to try a bunch of new recipes and make them my own, and so far two of them are really big hits!  I have more to make, but I’ve already made rum/bourbon balls and pumpkin seed brittle.

All I have to say is that peanuts are obsolete and pepitas are in!  Who wants boring old peanut brittle when they can have pumpkin seed brittle?  I tried this recipe from Land O’ Lakes for Peanut Brittle and it’s a winner!  I even used Land O’ Lakes salted butter.  However, I think the other trick was using salted and roasted pepitas instead of peanuts.  It turned out better than the store-bought pumpkin seed brittle I bought in a fancy tin last year.

I’ve never had rum balls before.  I tried this fabulous recipe from Southern Living (my go-to recipe bank) for Rum Balls.  I will say they are an acquired taste that doesn’t take long to acquire, especially when you add bourbon.  I did have a passing thought that I’d like to try pecans AND almonds instead of just pecans.  I guess I will have to experiment next year!  Meanwhile, my farmer-neighbor says that they definitely taste as they should, and I believe him, as I witnessed him snarfing them down two at a time…

These lovely treats are great around the holidays when I want to have a few (everything in moderation), and then I can give away the rest as gifts.  Tons of fun in the kitchen and nice to share!  Better their hips than mine, as I always say.