All Your Lamb Are Belong to Me! 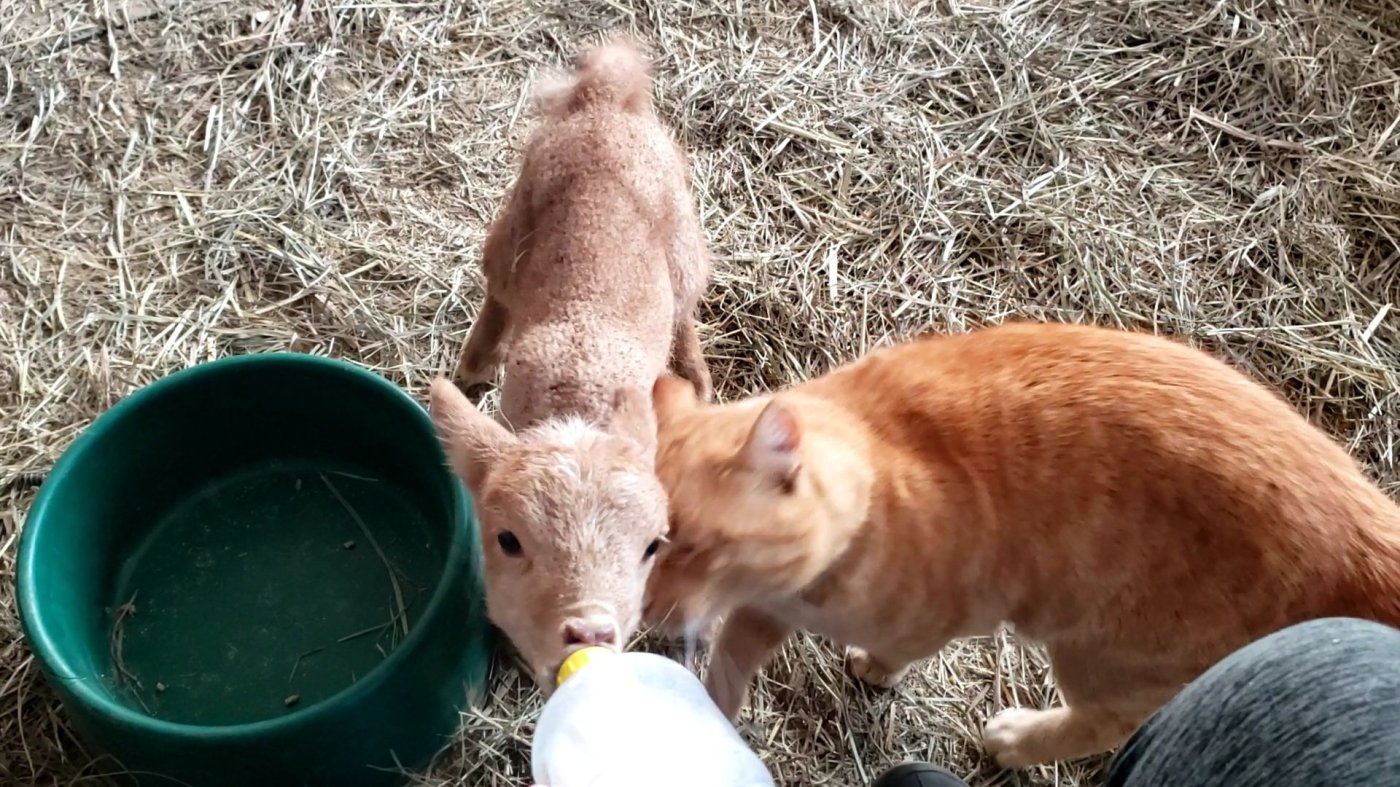 Lambing has commenced! Gardenia, a first time mum, gave birth to a set of mismatched ewe lambs almost two weeks ago. Nutmeg came first and weighed a normal hefty weight for a ewe lamb, and then Gardenia’s labor seemed over and we were just waiting for placenta. Three and a half hours later, she went back into labor and started struggling. I had to do an internal and could barely feel a back hoof way down deep, so deep I could barely reach! I had to catch the hoof between a couple of knuckles and pull!

Clove was the result and came out backwards and weighing less than 5 pounds. Gardenia was in shock (there were two now!) and she had had a traumatic labor. However, she cleaned up Clove pretty good, but just didn’t seem very interested in her. We let 24 hours go by as we were hoping Clove would get enough colostrum that way. The next day, Gardenia, who was feeling a bit better, had had enough (Clove wasn’t that good at nursing anyways) and began to turn away from and push Clove away. That’s when we knew we had a bottle baby!

So, now it’s just Orange, the Husband, and I raising Clove! Mamma Rhea and the wether are pretty fond of Clove, so she does have some allies, but Gardenia and Nutmeg have pretty much shunned Clove. Clove is doing well and is continuing to gain weight, learning to be a sheep, and enjoying activities such as eating hay, grain, and grass.