Everybody Has to Eat 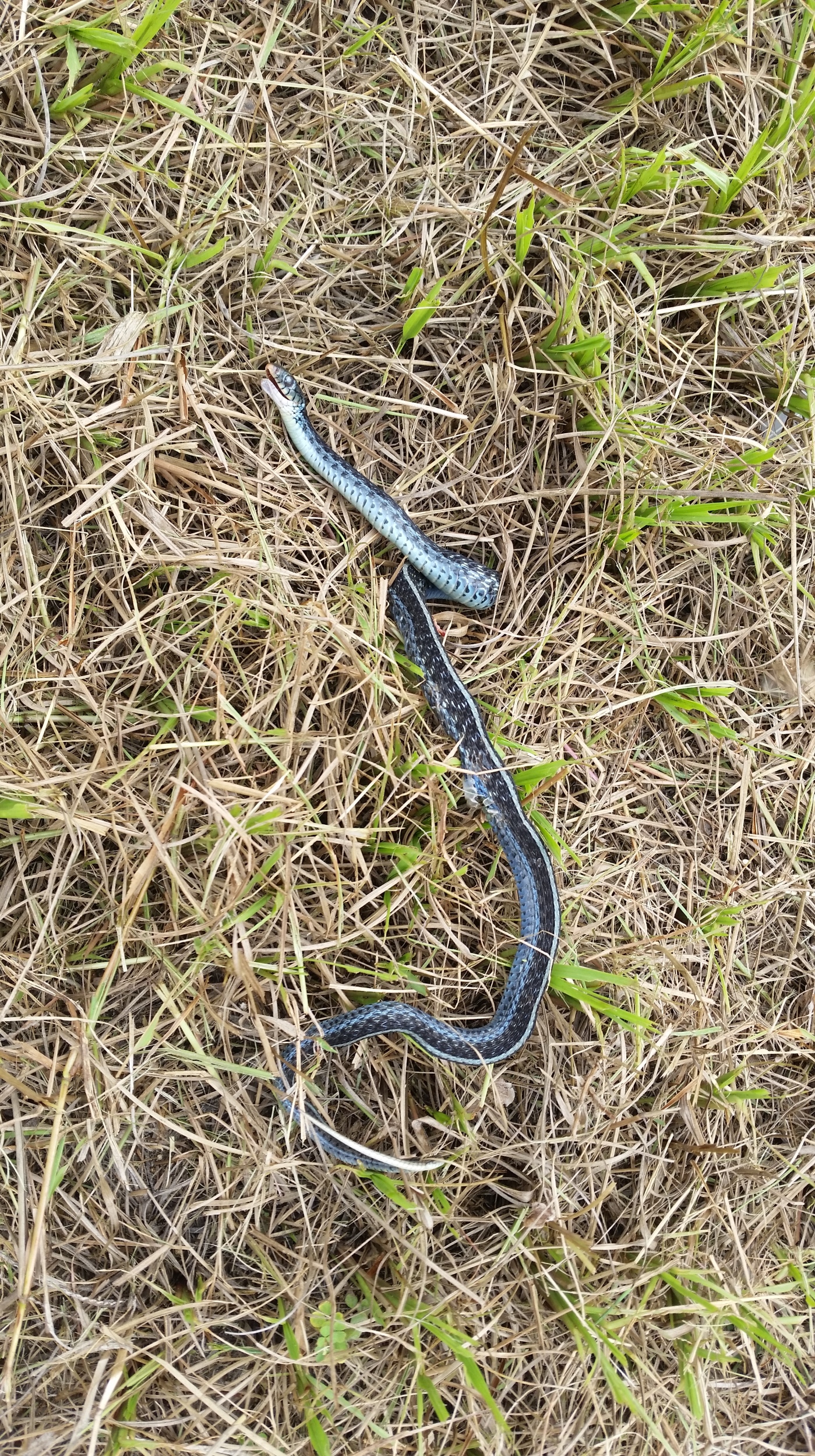 Sad story. I’ve been out finishing up the mowing of the pastures. We need to force a little more green and even out the hillocks, which can help reduce the pressure the livestock put on the over-grazed portions of pasture. We are also trying to make it until after Thanksgiving before we supplement with hay. We really need to get the rest of the fencing worked out so we can rotational graze…

Anyways, I digress. I admit it, I mowed over a snake. A beautiful snake. One with beautiful genetics, albeit not really smart.

It’s an eastern ribbon snake. They like to eat frogs. Well, we have an abundance of those right now, don’t we? It’s sad, but even the vultures have to eat. I’ve just never seen such a blue snake. He was iridescent blue in the sun.