The Day The Bees Came 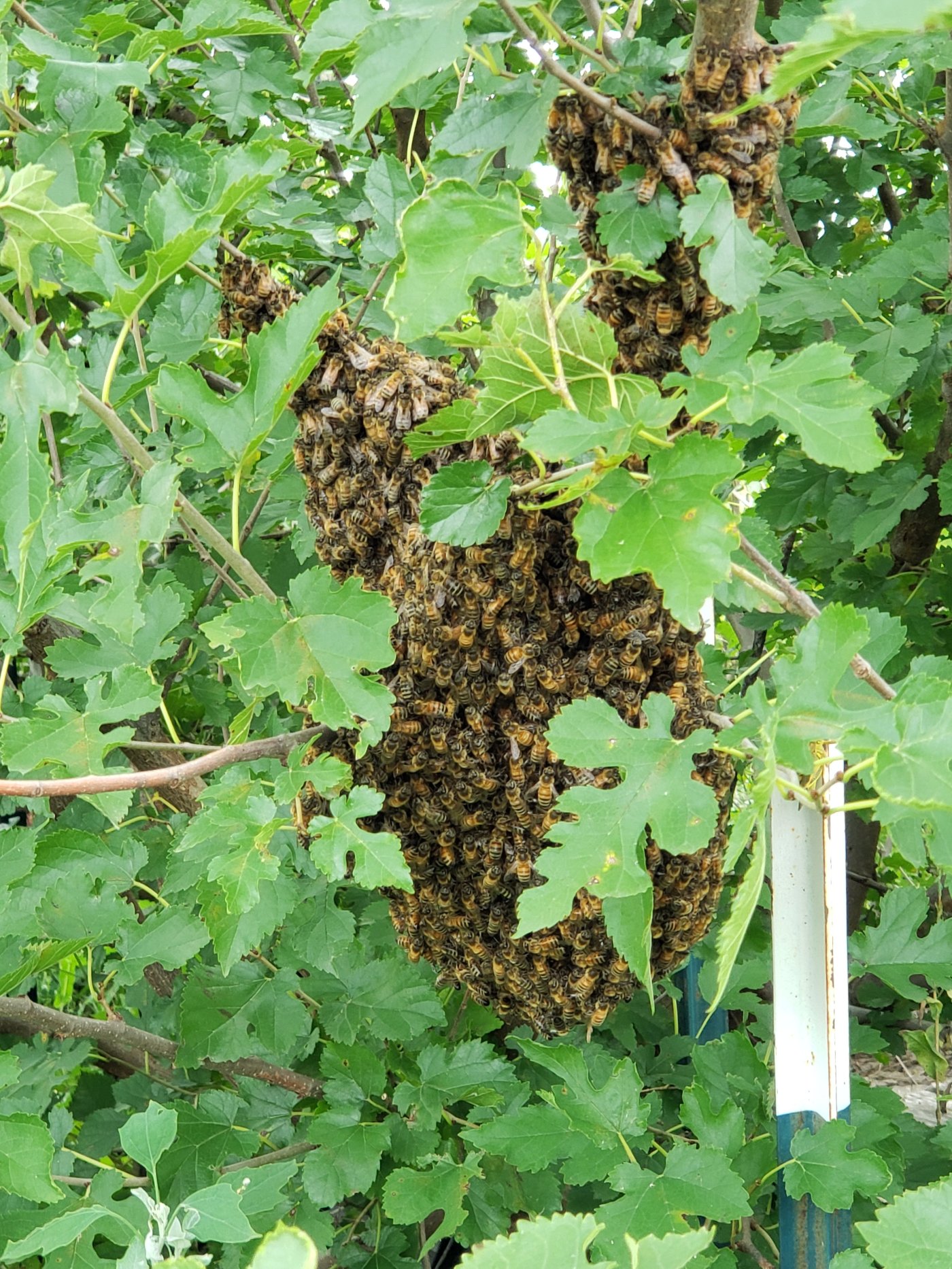 My father brought us an empty deluxe bee hive last year while he was farm sitting for us. So, it has been empty and awaiting occupants with its “vacancy” sign (Swarm Commander) blaring, but still no bees have arrived. However, the plot recently thickened when I came home from Bethesda!

I had just gotten home (week ago Saturday) and was checking over my garden, picking a few items, and on the way out I noticed – the Swarm! It was a nice size swarm and so we set about trying to encourage them to stay by moving them into the empty hive about 150 feet away.

We put a container with a lid directly below the swarm and spread a bunch of honey (we were out of lure) in it. We even put out another cardboard box with honey in it, too (in case they were picky). In the morning, all the honey was gone, and the Swarm was still in the tree. They were starving!

So, then I donned an old pair of my husband’s Navy shipyard coveralls, the bee hat and gloves my dad had brought, and cut down the branch the Swarm was on. I stuck it in the container and walked it over to the hive. I then set it on top of the open queen chambers and poured a bunch more honey down inside. I then went back for the lid that I had drizzled honey all over, which was covered in bees chowing down on honey as fast as they could!

They were still starving! Must have been an epic journey or no flowers where they came from?

By the end of the day, I had coaxed them to chauffeur the Queen down inside and was able to put the whole hive back together. As of this post, they are still in residence and seem content.

I’ve purchased a bee sugar water “trough” and some pollen/bee food provisions for the winter. Since they swarmed so late in the season and brought no luggage, I am anticipating feeding them throughout the fall and winter. I guess I’ve become a “beekeeper” overnight…