I’ve About Had It With Birds… 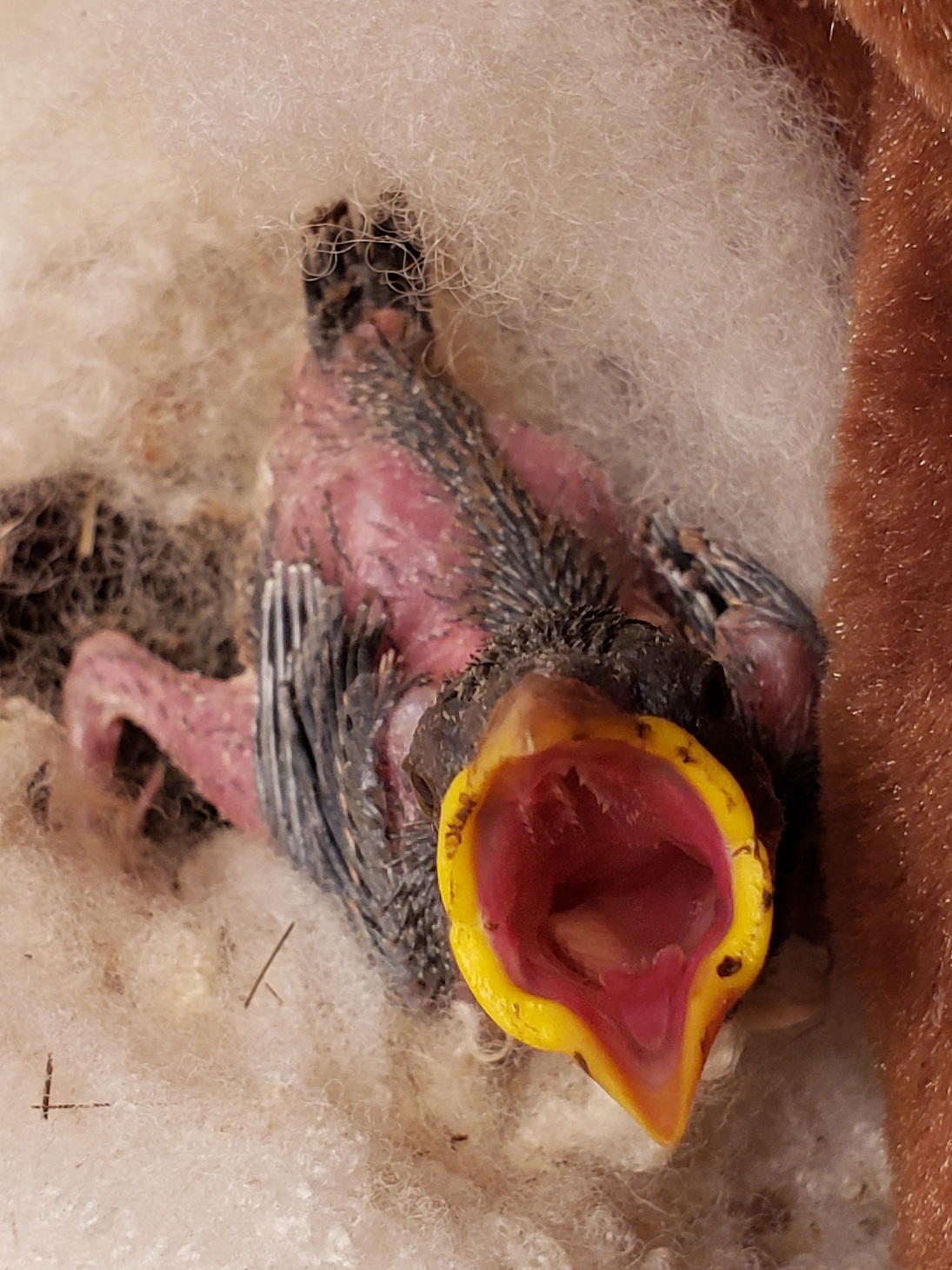 Every day I have to let my big male siamese cat, Ermine, into the master bedroom so he can get up on his carpeted cat tree and watch “birbs” out the window. It’s the only window in the house with a tree immediately outside the window. He really loves to watch the hummingbird dogfights around the feeders. I have to refill those feeders every three days! Must keep those with #SiameseDisease stimulated at all times, which translates to keeping hummingbirds fed 100% of the time! Those hummers have also mastered sitting on the porch clothesline and staring at me through the window while I try to eat my meal at the dining table, reminding me that their feeders need to be refilled. They depend on those feeders entirely too much.

Recently we’ve had to completely retrain the hens to coop up and get into bed in their hen house in an entirely different location as we’ve moved their coop and house (this is a long story for another post).  Evenings have been full of locating and then prying unwilling hens off of pots and patio furniture on the front deck where they have been roosting in their confusion. Let’s just say there was a Rhode Island Red who may or may not have spent a night on the lam because we were so frustrated. She lucked out as our local raccoon couldn’t find her either!

The ducklings and the lone chick have moved into their new coop and houses EARLY. It’s hard to keep ducklings from flooding their brooder because they like to empty their water bottle all over their bedding within the first 20 minutes of getting new water, and even harder to keep them from creating a bog in their outdoor coop, but the consensus is everything is better OUTSIDE.

The chick has been trying to learn how to go up the ladder into the hen house because the ducklings have been hissing and chasing the chick around. Obviously “he” (we are so hoping for a rooster) hasn’t been able to share the same water and food dishes with the ducklings. So, we’ve spent a lot of time showing Beep Beep, the chick (he looks like a roadrunnner), that his food and water is up in his hen house. He is so relieved when we set him up there – he guzzles water and stuffs himself with crumbles. Thankfully ducks don’t climb.

Today a baby barn swallow fell out of his nest in the barn. Of course I rescued him and put him into the chick brooder in the house under the heat lamp. I then spent all day collecting bugs and feeding the nestling every two hours all day long. As soon as the Husband got home, we got a ladder, and thrust baby swallow back into his nest in the hopes that his parents would take him back. Each swallow parent can catch 56 times more bugs every day than I can. (Word on the street is – they can catch 850 bugs per day!) I think I topped out at 15 bugs today and I’m exhausted! That little baby swallow was like a garbage disposal – you keep shoving bugs down his gullet and he is always ready for more! We REALLY need mama or daddy bird to take him back and feed him!